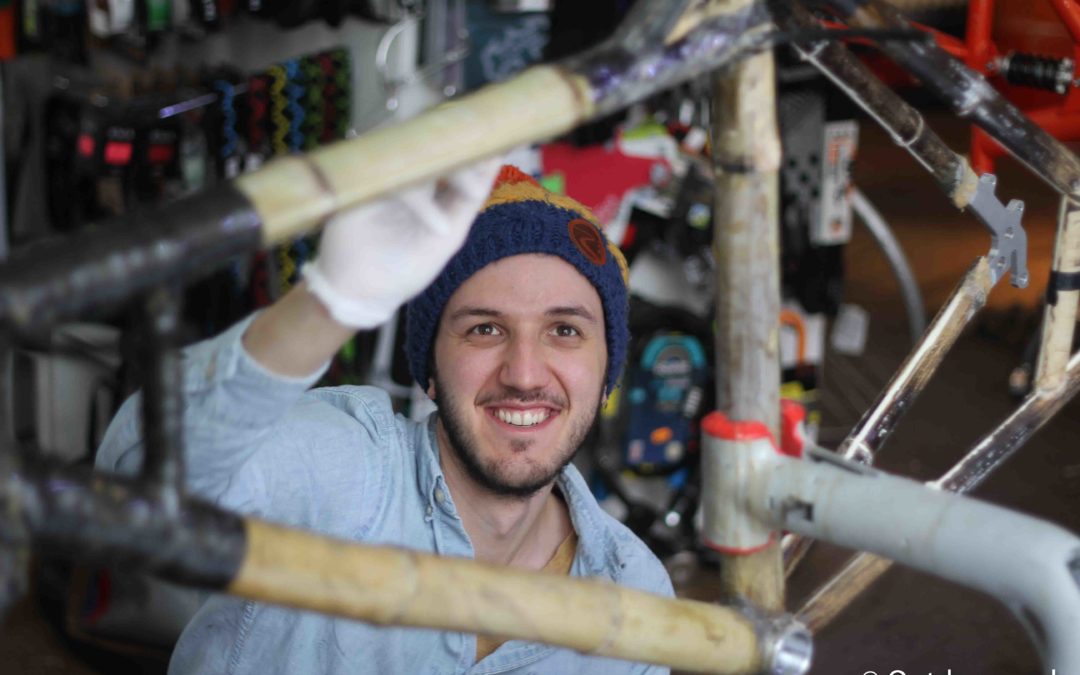 I have scarcely ever been looking forward to do something to the extent I have been looking forward to build my bamboo bike. The action started mid-January, at Mario’s shop at Ritzel-Kitzel in Munich. That’s where my dream bike will be developed. Besides me, there were three other guys who took part in the workshop. We all were highly motivated for the action to commence!
Every single one of us got his individual construction plan from BAM Original.
Initially the bamboo was cut to just the right length, afterwards it was sanded. In addition, the connection pieces had to be adjusted. I treated the bamboo for my bike for hours and hours…without Mario’s professional hints and tricks I would have failed tremendously!
In the second part of the workshop I actually started putting the components of my bike together. I used carbon ribbons to fasten every single bamboo cane, subsequently, the bamboo canes got agglutinated by using epoxy resin. Let me tell you that it was a hell of a mess, but there’s no other way of sticking the canes together. Eventually, lo and behold, my future bike frame was recognizable….awesome!
However, my bike frame was not finished back then. I wanted to give it a paint job as well, but in order to do so, the resin needed to be totally hardened. Some days passed until I finally started to prepare for painting my frame. But instead of using the paintbrush, I had to get my hands on sandpaper again: Especially the connections between the frames needed to get prepared rigorously. After all, finally, I could start to put some color onto my frame.
The rest of the story can be told very briefly: Mario from RitzelKitzel helped me putting all the components of my dream bike together… and I think the outcome is pretty impressive!